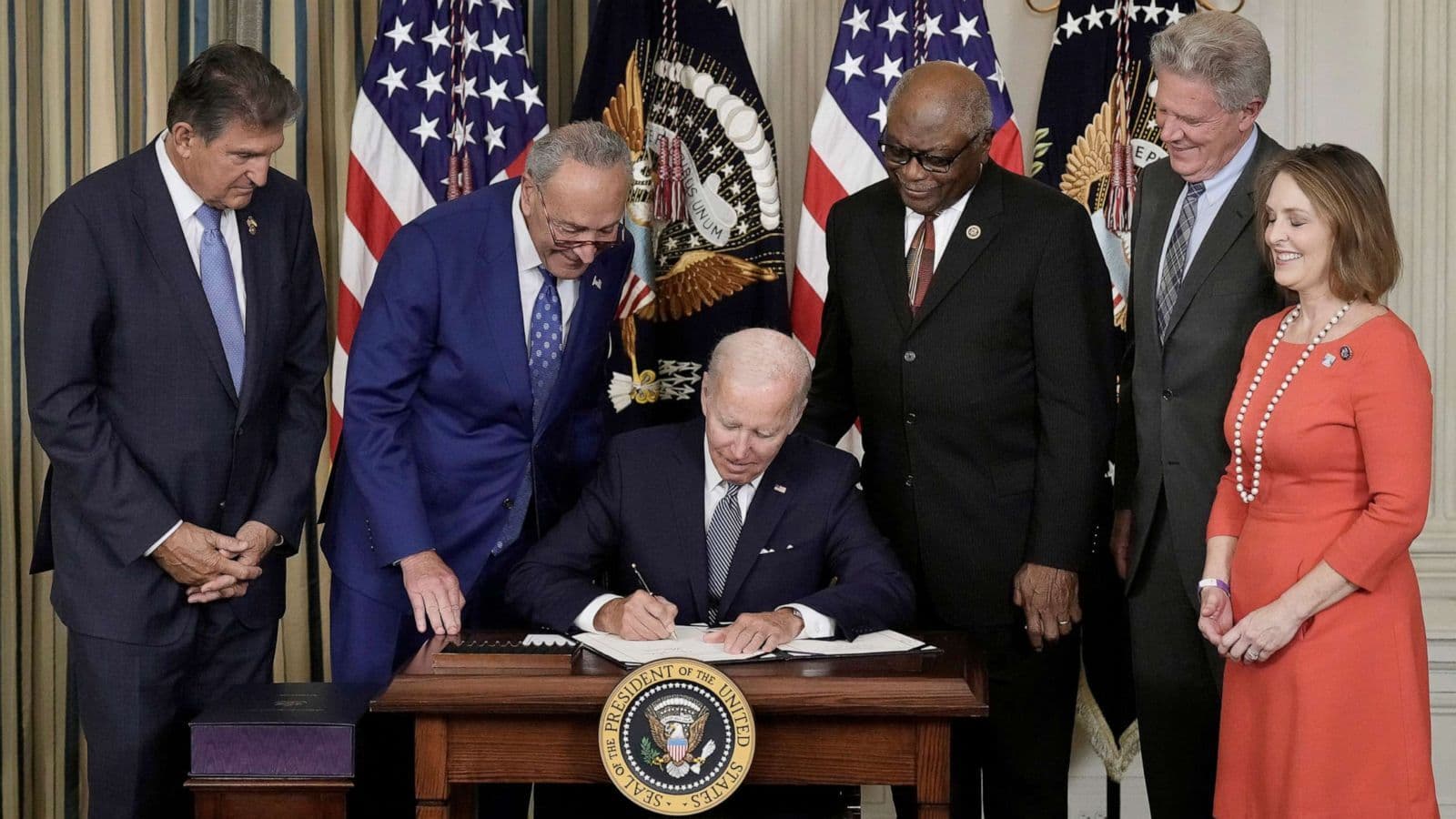 Last Tuesday President Biden signed the Inflation Reduction Act of 2022 into law after it passed both houses of Congress. Due to the current logjam in congress, this bill was passed using budget reconciliation procedures that avoided a potential filibuster in the Senate. While the Act contains a number of tax-related provisions, I'll leave analysis of those to my partners at BKM Sowan Horan. Instead, I want to talk about other key provisions included; some I like, others not so much.

Let's start with healthcare (cost = $98 billion.) The Act extends subsidies for Affordable Care Act health insurance until the end of 2024. I'm interested in this because the nonprofit that I chair has men who previously could not afford Obamacare, and they can now have health insurance coverage if for no other reason than protection against catastrophic illness/injury. What is interesting about this is that Texas is one of 12 states that previously chose not adopt expansion of Medicaid to integrate with Obamacare subsidies. Ironically some Texans will now receive a disproportionate benefit from subsidies contained in the recent Act.

There has been a lot of talk about prescription drug price reform, but the $2,000 cap on annual out of pocket drugs for Medicare recipients won't kick in until 2025. The Act also allows the Department of HHS to negotiate fair prices for about 50 drugs, and impose rebates on drugs manufacturers who increase prices faster than the inflation rate (yikes.) There are other healthcare-related provisions, including capping out of pocket costs for insulin, and increasing payments for "biosimilar" drugs.

The Act includes numerous investments in energy and climate change (cost = $386 billion), including tax credits and rebates, loans and grants to renewable energy providers, credits to reduce carbon emissions and programs to reduce the environmental impact of agriculture. In addition to the renewable focus, there is provision for investment in transmission and other infrastructure that I think we need. About Electric Vehicle tax credits, Ford and GM recently announced that they were increasing prices of their electric vehicles by almost exactly the amount of new tax credits authorized.

The Penn Wharton Budget Model has low confidence this will have any impact on inflation. The Congressional Budget Office said it could even make inflation worse. Both of these organizations are described as non-partisan. If you read my earlier comment on the causes of inflation the current issue is too much money supply (2021 increase of 40%) and too little GDP (increase of 5.7%.) To make monetary matters worse, the President is ready to forgive about $321 billion in student debt which would have the impact of adding that amount to the money supply immediately. If the strategy is increased productivity then I'm not sure how the new taxes imposed to pay for this bill are going to help.

Someone said "the personal is political" and I think that applies to this bill. As I mentioned above standpoint I like the fact that the ACA policy premium subsidies enables low-income people to afford health insurance, but that directly relates to my role in helping to provide for 50 men in South Dallas. I like some of the investments in energy infrastructure; based on my years working with Utilities I think we need it. The rest of it, I'm not as excited about because I don't see it helping the economy like I think we need now.